This web page links to Section websites containing links to Branch websites on which each landmark is documented, along with articles of general interest about civil engineering projects and the civil engineers who contributed to their development. 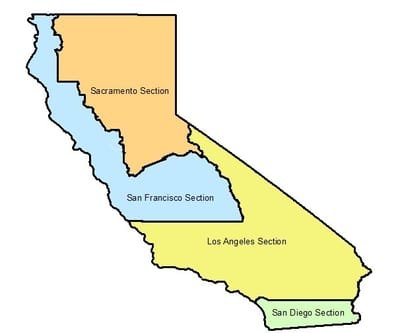 The San Diego Section covers San Diego and Imperial Counties. Imperial County is its only Branch. Currently, the Section has two National Historic Civil Engineering Landmarks; the Sweetwater Dam in San Diego County, and the All-American Canal in Imperial County (not yet included in the ASCE landmarks database.)

Extending from the California-Oregon border to the Central Valley area of the state, the San Francisco Section includes the coastal and adjacent counties from Del Norte County in the north to Monterey County in the south, and abuts the Los Angeles Section at the San Luis Obispo, Kern, Inyo, and Mono county lines. The Section is home to three National Historic Civil Engineering Landmarks; the Golden Gate Bridge, San Francisco-Oakland Bay Bridge, and the Alvord Lake Bridge. 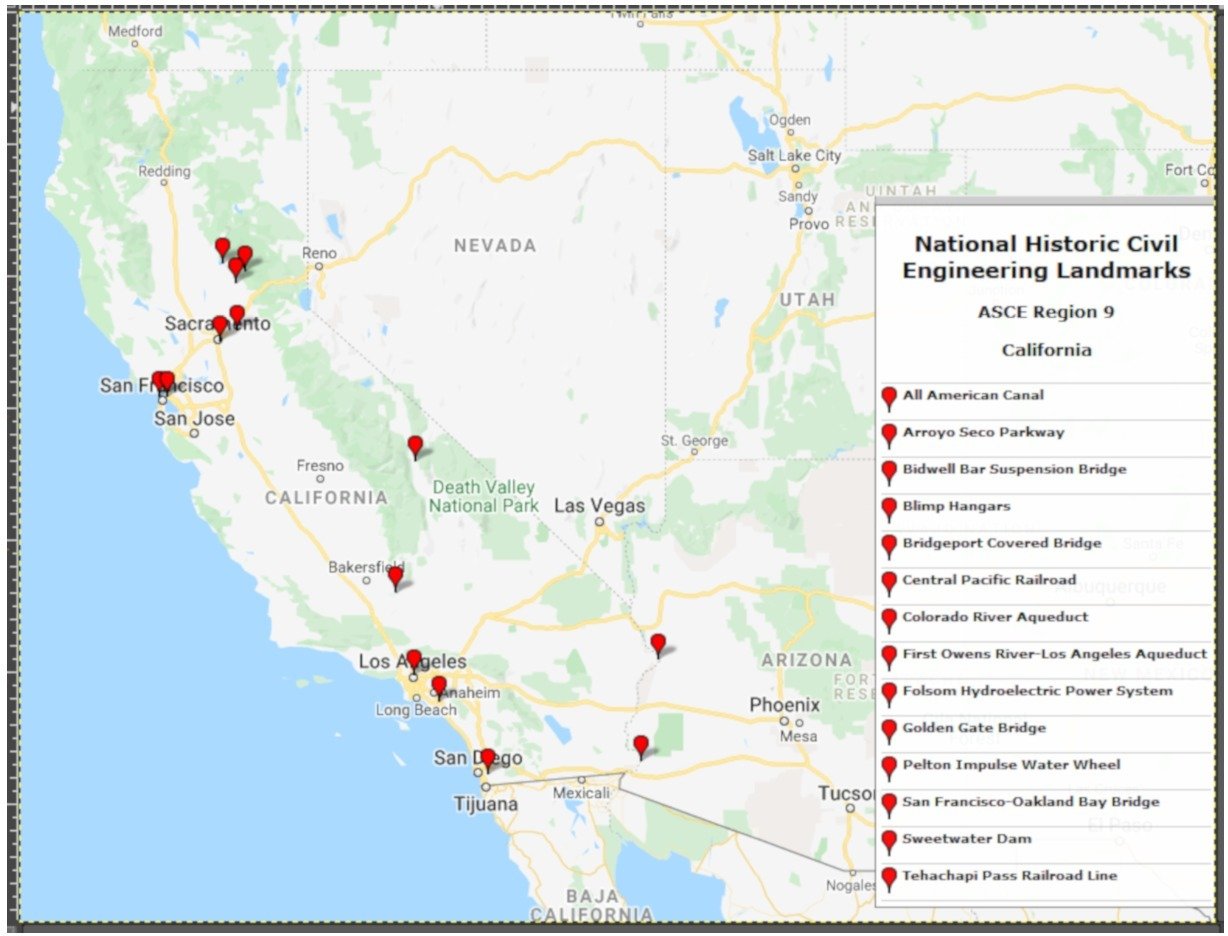 Here you can suggest changes to the website that you would like to see; post links to sites with additional information about existing landmarks, and submit proposals for the nomination of projects to be designated as local, regional, or national historic civil engineering landmarks in any of
the Region 9 Sections.

The Story of Morris Dam

Nomination of Route 66 as a National Historic Civil Engineering Landmark

Founding of the Los Angeles Section

The Colorado Street Bridge in Pasadena

1928 Video of First Section of Tube Being Towed in Place

A Few Past Leaders of the Los Angeles Section

Perspectives in Civil Engineering Commemorating the 150th Anniversary of ASCE

100 Years of Embankment Design and Construction in the U.S. Bureau of Reclamation

Hoover Dam and the Evolution of Uplift Theory

A Man, A Dam and A Disaster: Mulholland and the St. Francis Dam by J. David Rogers

An Annotated Bibliography of Selected Books, Compact Disks and Videotapes on the History and Heritage of Civil Engineering by David R. Gilbert